Its far too late and I should go back to bed, but this just crawled into my brain and so I thought I'd post this. Here's what I've played from when I was a wee gamer until now.

Played made up "dungeon" game with a six sided and a dungeon board drawn on a piece of construction paper in my fourth grade English class (we weren't supposed to be doing this).

Left Moldvay behind for the siren call of those AD&D hardbacks.

I see one of the later editions of the "white box" in with a bunch of other AD&D stuff at our local bookstore. They also have copies of Gods, Demigods, and Heroes and Eldritch Wizardry. They confuse me as I haven't seen them in any of TSR's catalogs. If only I'd bought them!

Played Dungeon! over at my friend Tom's house.

(Wow there's a horrifying infomercial on right now for a "male enhancement product". That's what I get for being up this late).

Lots and lots of Top Secret (This was our main game for several years).

Call of Cthulhu (this game blew my mind and led me to read the pulp trinity of Lovecraft, Howard, and Smith).

Traveller (we never used the Third Imperium Setting--I made up my own setting ripping lots off of Dune).

My friend buys GURPS claiming it is the Holy Grail of Gaming: you can play ANYTHING. That's intriguing but we never end up playing.

Marvel super heroes. I only got the original basic set and then wised I'd waited and got the "advanced" set--which was really a much better and more complete game.

Paranoia at my friend Mike's house. We all kill each other and laugh about it.

Car Wars (I'm not very good and die quickly in our arena combat).

Top Secret/S.I. This continued on from where our old Top Secret campaign left off (with the same characters).

I don't game for about two years.

I buy the Different Worlds printing of Empire of the Petal Throne.

I buy Stormbringer (4th edition) but never manage to get a game going.

Don't game for a few years.

Another Mekton attempt that crashes and burns.

We convert our D&D 3.0 campaign to Chaosium's Basic Roleplaying System (which becomes our go-to system for a while).

Follow up/alternate take on our FUDGE amber inspired game using the Basic Roleplaying System--this one ends up being a grittier modern era game.

Figuring out what I want in D&D.

Simultaneously discover indie scene and the Forge. Now I have too many games to play!

Talisman with my wife and friends. 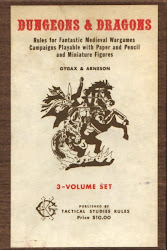 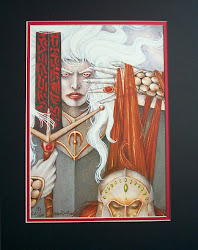 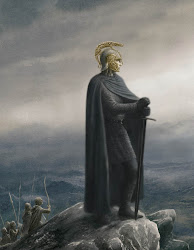 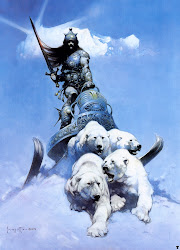